Yo Guys. FTP associates Daniel and Mark had their usual busy start to the month;

Sunday is pencilled into our weekly schedule and the two £500 added tournaments are monthly affairs which we frequent for the value, unfortunately we don’t cash between us and take a few days off before the CBMPT visit’s Teesside. 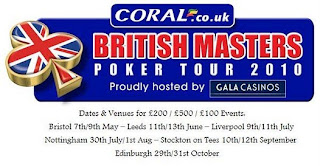 The opening event is a £200 freezeout on Friday 10th which I travel down to play alone, Mark opts to miss this to ensure he remains fresh for the main event the following day. I bust around level four after losing a flip for an average stack (77 vs. AKo), before losing another £100 over at the 100NL twice losing big pots holding AK. So a relatively early night meant I was also well rested ready for the £500 main event on Saturday 11th, a familiar face in almost every seat meant this would be an awesome tournament. It didn’t disappoint as at one point I was on a table with the following characters;

All with the exception of Lee and the two seat were regular Newcastle players, we all joked how it resembled a Circus £20 +1 Rebuy tournament on a Sunday. 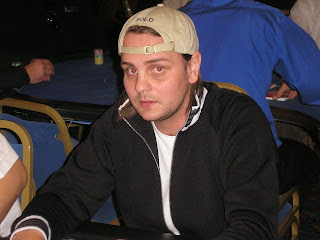 I bust on the final level of day one after being comfortable throughout the day I began to struggle to keep my head above water after dropping to half chip average, eventually shoving suited connectors into AQo in an attempted to gather some fire power to bring back for day two. Mark put in yet another first class performance and managed to finish 2nd for £10,010, beating to 1st by none other than Dom Mahoney the guy he beat heads up in this exact tournament the previous year. Bitter sweet I guess for Mark but once the dust settled he was absolutely delighted with what can only be described as a quite remarkable achievement, I understand he has done a tournament synopsis but is having teething problems with his laptop so stay tuned for that all. 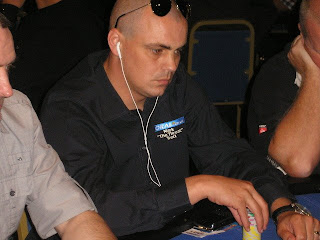 The following Friday (17th) I was flying to Las Vegas for my annual visit, I won’t go into any details as I’m in the process of writing my Las Vegas 2010 Trip Report which should be live by the middle of next week. I had a fantastic trip though as usual with a minor incident involving my passport, all will be revealed and I’m sure you’ll find the trip report very interesting and funny. 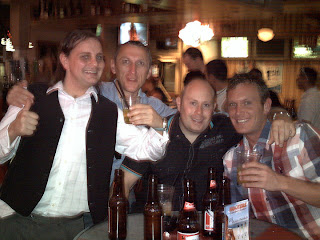 Since being back in the UK I’ve played once over at Circus on Tuesday 28th September, no luck there either as I bust shortly after the break with 1010 vs. JJ. Looking forward to October and although back to my usual light poker schedule, I have some ace nights out and weekends ahead;

Finally I’d like to close by congratulating a few friends on successful months;

Gary Ramsay - The former Circus card room manager has left to assume the same role over at Aspers, Gary is a very enthusiastic guy who will grab this opportunity with both hands. Congratulations and good luck, here’s to some awesome tournaments imminent over Aspers.

Marc Mulhern - My very good friend has had a career change and is bound for Gibraltar, working for PokerStrategy.com in what capacity I’m not entirely sure. Although I’m going to miss the unbelievably messy nights out, I can’t help but wish this young lad the best of luck in his new appointment. Awaiting my invite to Gibraltar ;-)

Jack Ellwood - March ‘In The Tank With…’ guest Jack notched up yet another top score after finishing fifth in the WCOOP main event for $509,976.25, taking his annual tournament earnings to somewhere north of one million this year. Absolute phenomenal 2010 for this guy, take a bow sir.

Dom Mahoney - After his second place finish in the Teesside 2009 event, he went one further this year and won the Teesside CBMPT main event for £14,000. Dom is a Teesside local and a really nice guy, although I would have loved to seen Mark go back to back at Teesside it’s still good to see one of the nice guys in poker take it down.

That’s about a wrap up as I’m rushing out to hit it up on the vodka red bulls with an old school friend in town, it’s fresher’s week so should be awesome. Anybody out and about in town give me a call if you want the night to get messy, first one’s on me.