Hey Guys. Awesome opening weekend of the month so FTP affiliates Mark and Dan head to Chester-le-Street on Saturday 2nd October for our good friend Dawn Wills 40th birthday party, the drink was flowing and the banter was great with exceptional company. Here’s some photo’s courtesy of Alison McAree which are worth 1,000 words; 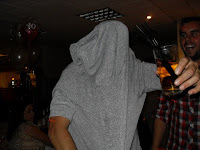 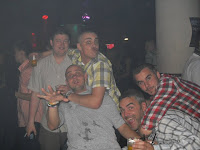 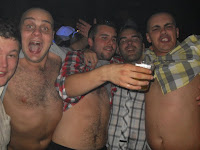 On the tail of that night our usual busy start to the month ensued with the Circus £2,000 guaranteed (Sunday 3rd), Aspers £500 added (Monday 4th), and finally the Circus £1,000 added (Tuesday 5th). A collective total outlay of £304 between Mark and I, fortunately I split the £2,000 guaranteed with the adorable Rachael Costa for £525 each which gave us a modest individual profit of £110 across the three events. Quick mention to both Jimmy of Circus and Gary of Aspers who did brilliantly to have two fantastic back to back tournaments with Circus generating 167 runners and Aspers 102, like I said over the NPF Gary’s transfer can only be good news for players. To my knowledge 167 entrants over at Circus is the biggest £50 event to have been held in Newcastle; 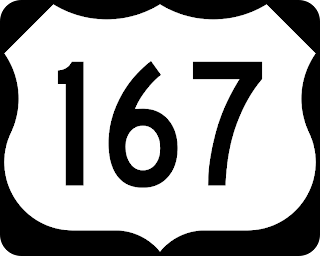 After a couple of rest days I was back out in Newcastle for a friends birthday on Friday 8th October, another unbelievably messy night but the upshot of this was I had a bouncing head for the £50 freezeout at Circus on Saturday afternoon. Their is normally £500 added to this tournament, however for a one off Jimmy had decided to add a £1,300 package which included;

The event is to be held in The Palm Beach Casino down London and is scheduled for Monday 1st November, so in the event I’m successful in winning this seat I’d be travelling directly from my ‘NPF Blackpool Jolly’ to London. Which albeit is not the best preparation, but whatever guess I’ll be ok. Unfortunately I didn’t have this problem as I bust in level four before heading home for a Chinese takeaway and an early night, the following day (Sunday 10th October) I had the same fate as I again bust level four and was home pretty sharp. 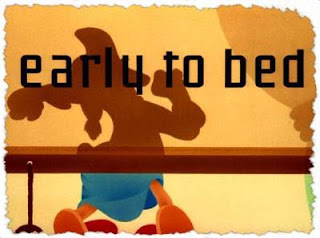 I had my usual Tuesday evening visit to Circus for there evening tournament (this is an identical tournament to what they have on a Sunday but without the unrestricted guarantee, in order for Circus to guarantee the Tuesday game at £2,000 they require 50 players). They did manage to gather the 50 players in order to generate the £2,000 guarantee but neither Mark or I were in on the spoils as I bust in the twenties and Mark was the final table bubble in eleventh. I was back out a couple of days later on Thursday 14th for one of the Circus dealers birthday celebrations, I have a vague memory of this due to stupid amounts of vodka red bull so we’ll go with cliff notes;

Then enjoyed some rest days before Saturday 16th which was the date for our friends Steve and Alison’s engagement night out, I headed out to meet Steve & Alison (AKA Mr. & Mrs. Fatfish) as well as Steve & Dawn (AKA Mr. & Mrs. CGK) and other friends at Pitcher and Piano on the Quayside. Another awesome drunken night with little to zero memory, cliff notes;

I would have accompanied this engagement recap with some ace photos but unfortunately Alison had her bag stolen in the Grosvenor at the end of the night, which had the camera in with all the photos. 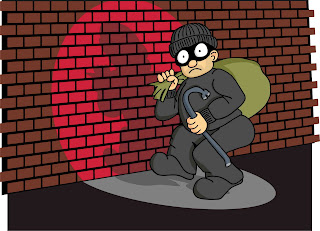 Saturday 16th was also the third Saturday of the month which meant it was FTP’s monthly trip to Teesside for the £100 freezeout, however after I had said I was off out in town Mark decided not to travel alone so unfortunately no member of FTP was in the October field. As things stand neither of us have anything planned for Saturday 20th November, so we’ll both be looking to get back to business as usual and back down there for this fantastic value event. Things went quite during the backend of the month whilst we reverted to our normal light weekly schedule over at Circus, however on Tuesday 26th I ended up having a random night out to send off Marc Mulhern who flew to Gibraltar on (Thursday 28th) for a career change as mentioned in my September recap. Marc, Scotty (Hocking) and I all played the weekly Circus tournament and as is likely given all our style we were bust before level four, however not looking to waste the evening we hit it up out in town on the treble vodka redbulls. Needless to say this evening turned very messy very quickly, I have vague recollection of the night which holds both sweet and sour memories but M’EH. 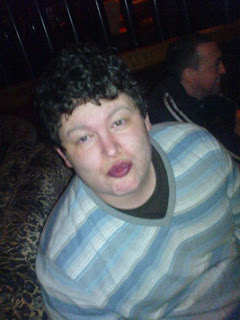 Anyway this monthly recap appears to be more focused on my nights out, so lets get back on track and discuss some poker (afterall it’s Full Trett Poker) which came in the form of the sixth and final leg of the CBMPT so both Mark and I travelled up to Edinburgh on Friday 29th October. I was actually scheduled to head north to Blackpool for Halloween weekend with a few of the NPF lads, but the trip never came to fruition so I made provisions to join Mark in Edinburgh. The schedule included an opening £200, a £500 main event, and a closing £100 and it was our intention to play both the opening and main together leaving scope for one of us to play the closing if the they other was still grinding day two of the main so as to be in the casino for the sweat and morale support. I was a little behind schedule leaving Newcastle, so I tried to get in touch with Mark in order to buy me into the opening event on Friday but he was having trouble with his phone network signal. I ended up arriving about 19:45 and missing the cut off for late registrations, I wasn’t too bothered though but in order to give me some incentive for the evening I bought 25% of Mark’s action. After having a quick bite to eat over at the buffet I wished Mark good luck and went to hit it up over at the 100NL, this was a rather fascinating table in that I was sat with five Newcastle (Whitley Bay to be exact) based poker players non of which I had ever met. They were all really nice guys and knew Tommy Dunwoodie quite well through their local snooker club, anyway just goes to show exactly how many poker players we actually have here in the North East. 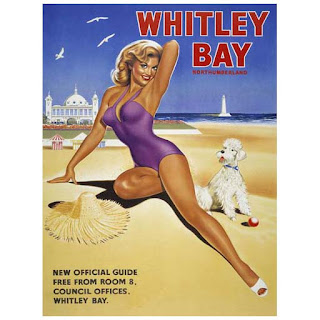 I really enjoyed the craic on this table and it was made even better when I cashed out for £280 profit to sweat Mark win the £200 side event for £5,650, of which I got £1,410 for my 25%. By now it was like 5:00am so we headed back to our hotel looking to get some rest ahead of the main event the following day, staying at Edinburgh Capital Hotel which was about a 10 minute drive from the casino. We slept through until approximately 11:00am on Saturday 30th October, below are our cliff notes for the day;

So a relatively short stay but all the same a profitable and enjoyable weekend. That pretty much wraps things up for October (all though both Mark and I are playing the £2,000 guaranteed over Circus this afternoon but M’EH I‘ll cover that if anything exciting happens), and that’s followed by a busy start to November;

Note: The CBMPT 2011 Sponsorship Play-Off is assuming Tom Fielding doesn’t cash enough to over take Mark as the tours top money winner going into day two of the Edinburgh main event this afternoon, he has 35,500 so I’m sure Mark will be monitoring AWOP updates with interest today.

So yeah pretty hectic start to the month before a quite period in the backend of the month, especially for Mark who will clock some miles as he makes two trips to Blackpool within five days.

Thanks for visiting guys, good luck at the tables.
Posted by Daniel Trett
Labels: Monthly Recaps