Yo Guys. I've launched this two day's early because I'll likely be too busy at the start of January 2011 and flying to Tenerife on 7th, so not wanting FTP fans to miss out on our festive recap. This mean's shenanigans from New Year's Eve won't make it onto this recap, not to worry though as I'll touch on it at the beginning of my January 2011 recap. So before delving into this month’s exploits, I’ll quickly brush over where I left my November recap. Mark was deep in the newly launched Aspers Sunday (28th) afternoon tournament, he ended up finishing seventh for £305 after running AQ into John Kirsopp’s QQ. Then another final table on the closing day of the month (Tuesday 30th) over at Circus for their £2,000 guaranteed, however on the wrong end again as he bust in eighth for £80. Moving onto this month and Circus launched their new Friday night tournament with £500 added on the opening weekend of the month, both Mark and I played this unsuccessfully and bust relatively early. Then Sunday (5th) we played both the Aspers freezeout and Circus double chance (£194 total outlay) with no return, so a slow start to the festive month. Tuesday we headed back to Circus for their flagship monthly tournament, this time joined by George and no return on investment between us. 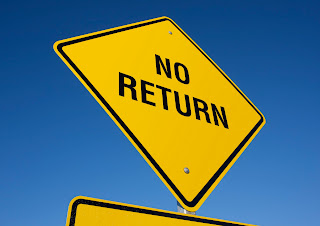 On Thursday 9th I got new Teamdobbs signing Andy ‘KQ4EVA’ Blair in the tank, when I launched this interview it proved to be the most popular FTP post to date. The feedback I got through FTP, NPF, facebook, and in person was nothing short of phenomenal, I guess it goes someway to showing how nice a guy Andy is but also how popular the FTP Interview series is with our followers. Check this out over;

The following Friday (10th) I abandoned the Circus weekly tournament to hit it up with the Walkers Sensation’s for their Christmas night out, these are all ace guy’s who as well as top players are all my good friends. Cliff notes; 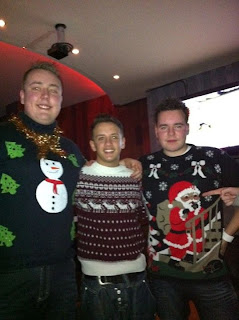 The theme was Christmas jumpers, which will go someway to explaining why their all wearing those trendy knitted tops. Check out an ace review of the evening over NPF by Walkers Sensations affiliate Dave ‘FarmerDave’ Mount;

It was the first of many of drunken Christmas nights out, all of which I’ll mention at some point in this recap. Back to our usual weekly schedule on Saturday (11th split for £1,100)  Sunday (12th did not cash), Tuesday (14th 9th for £80), Friday (17th did not cash), Tuesday (21st 6th for £100 and Mark won for £790), where we played all the added value and guarantee tournaments across Circus and Aspers.

Note: FTP affiliate Dan Trett (as far as I know) is the only person to have played both the Aspers (£50 freezeout) and Circus (£20 +1 Rebuy) on Sundays for the three week’s they’ve both been running concurrently. A record closely followed by Mark Trett and Andy Blair, who with several other’s have played in both events two out of three time’s. Not really anything to be proud of but M’EH, show’s I’ve got going bust in the opening level’s boxed. Anyway this is a run that came to an end as of Sunday 19th, as you will go on to read it was FTP’s Christmas party which stopped me playing my regular Sunday schedule.

On a side note the Grosvenor launched their new schedule (effective as of 17th January 2011) on Monday 13th December, this got mixed reactions and was heavily debated over the NPF. I’m personally excited about all the added value tournament’s for next year (£2,500 per a week over Grosvenor alone), but also pessimistic about the longevity of the current tournament situation in Newcastle. With so many added value tournaments across all three Newcastle casino’s we like the rest of the Newcastle poker community will have to be selective over our weekly choices, it’s fine for those guys who are new to the game and are keen to play seven nights a week but the majority simply can’t be arsed. Our loyalty is with Circus so this will always be our first choice and when no tournaments there we’ll look to Aspers and Grosvenor, also in the foreseeable future with so much added value in Newcastle our trips to Teesside will be few and far between. It just doesn’t make sense to travel fifty miles down the road for a £1,000 added tournament, when their is a local one on our doorstep. Check out the new Grosvenor schedule posted over the NPF by CRM Phil ‘The Big Cheese’ Chambers;

Saturday 18th was the third Saturday of the month which meant Teesside were hosting their monthly £100 freezeout, this was part of our monthly schedule but as of late we haven’t been getting down for one reason or another. Again we didn’t go and I went out with friends whilst Mark was at his work’s Christmas party, like I said earlier in this recap it’s unlikely we’ll be travelling down Teesside as much with all the added value tournaments on our doorstep. Then Sunday (19th) it was my Grandma’s eightieth birthday and we (by we I mean, Mark, Steve, Mum, Uncle John, Auntie Alison, Cousin Andrew, & Myself) had all agreed to head up to Alnwick Gardens for a meal at the Treehouse restaurant, however it was like an episode of Fawlty Towers as honestly everything that could go wrong did. Cliff notes; 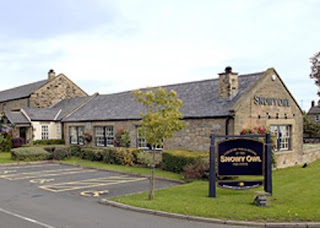 All’s well that ends well I guess and least we finally got together to celebrate with my Grandma, this however did have a knock on effect to my evening plans. It was FTP’s Christmas poker party over at the Killingworth Arms, which was scheduled for 18:30 beginning with a Christmas dinner. I rang Paul to explain we were running late and we’d skip the Christmas dinner as we’d just ate, moving on to cliff notes for the evening;

It was an awesome evening with a bunch of cool additions including a bounty on every player’s head, these were envelopes containing various stuff like cash, bottles of booze, Killingworth Arms vouchers etc. Finally I closed the evening (early morning) by grinding the 100NL for a couple of hours before Paul closed up around 01:00, so yeah although a frustrating start to the day it all worked out well in the end. Then the week before Christmas I might as well camped in Circus as they had their annual tag team tournament (Monday), weekly £2,000 guaranteed (Tuesday), and the Christmas league final (Thursday) which all unfortunately ended in zero return on investment for me but M’EH whatever. 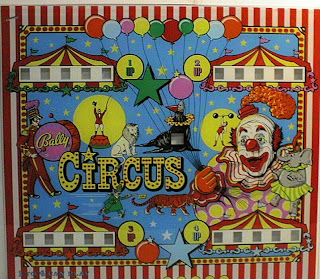 Next up was Christmas eve and it’s tradition for me to hit it up in Cramlington village, so here goes with the cliff notes; 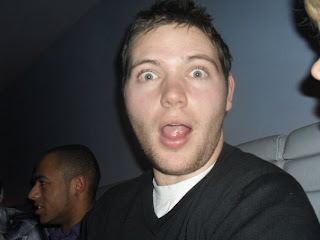 So I’m sure you can all imagine I was hugely hung-over for Christmas day, but M’EH what’s new;

So yeah Christmas day itself was fine I guess, not how Dan Trett usually spends Saturday’s but whatever. It was nice to see all the family and just relax, even if I was feeling a little under the weather. That brings us onto Boxing day which is always an ace day and this year was no different, as it’s a day I set aside for drinking and I was out with my Uncle Paul. Unfortunately due to other commitments their was only the two of us from the family this year, but nonetheless a smashing day. Cliff notes; 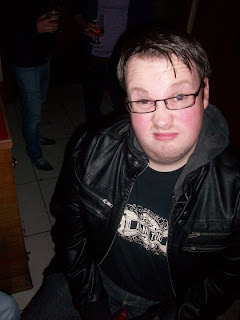 I guess everything didn’t go to plan but whatever still a smashing day/night, also on a final note regarding that night I would like to extend my thanks to Andy Blair who is simply a top man for putting up with our drunken profanities. Andy has actually posted a thread over the NPF, which details the shenanigans and is really funny. You can check it out here;

For those of you not familiar with Odd Man Out (as briefly mentioned in the cliff notes), it was shown to me by Paul circa 2001 and it’s been very popular on family nights out ever since. I’ll explain below;

I know FTP has enough degenerate drinking/gambling followers to make that explanation worthwhile, so to all enjoy and try not to play with fifty pound notes as it can have ridiculous swings (I know from experience, unfortunately). 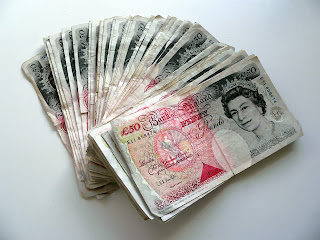 So after the chaos of the festive season thing’s quietened down and I rested all Monday before taking back to the felt on Tuesday (28th) for Circus’ weekly £2,000 guaranteed. George, Kevin, and I were all in the field, and after running pretty well throughout the tournament I managed to split evenly for £360 each with my good friends Robert Richardson, Dave Stephenson, and Jack Allen. 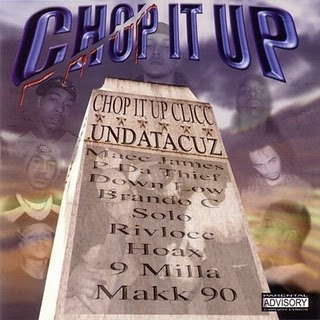 This brings us to the present (Thursday 30th) and I'm currently just chilling out for a couple of day's away from the felt and the bar, kind of preparing for New Year's Eve tomorrow. I have no plans set in stone to see off 2010 but it's looking like I'll either hit it up at Daniel Trotter & Ian Robson's house party or head to Seahouses where a few of my boys have a cottage booked for the weekend. I was at the cottage last new year and it was fine I guess, but I'm in no hurry to rush back so the house party looking the more appealing offer for the minute. Whatever I get up to be sure to check out my January 2011 Recap, where I will for sure detail the evening with hopefully some photo's to accompany the description. 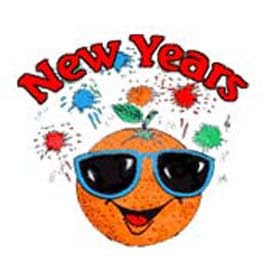 Looking forward to the opening month of 2011 and January look’s relatively busy, not including the weekly/monthly added value tournaments here is what’s happening;

I’m really looking forward to hitting up some winter sun in the Canary Islands, we’ll be staying at Paul’s villa in Los Cristianos just a five minute walk from the vibrant nightlife of Playa de las Americas. I’ll look to mix the trip up with;

Guess I’ll sign off for now by wishing all my friends and readers;

All the best for 2011
Posted by Daniel Trett
Labels: Monthly Recaps