SUP Guys. Hope you all had a fantastic new year and are over the January blue’s now February has hit, which if you ask me is an exciting month for Newcastle poker and particularly NPF associates. Regular readers have probably gathered from the title change in this thread I’m no longer committing myself to doing monthly recap’s, all though a review once a month doesn’t sound like hard work I just can’t be bothered. I’m kind of losing motivation (guess it happens to all bloggers from time to time) but anyway whatever, I’ve replaced it with these digest volume’s which will still give you a scope of my recent exploits and planned shenanigans just not on a monthly basis.

I published my December recap on 30th which meant it missed out my NYE profanities, I couldn’t even remember it the following morning never mind a month on so I can’t recite anything. However I can link you to my good friend Gaz Walker’s blog, who has an account of the evening;

The week following NYE (January 7th) I was Tenerife bound to hit up some winter sun with my family and fellow FTP associates George, Steven, Paul, Kevin, and family friend Robert Flett. Below I’ve coupled cliff notes with photos to go someway towards a trip report; 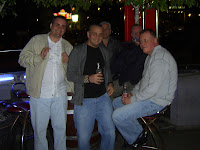 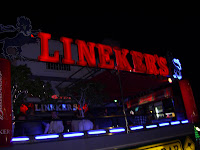 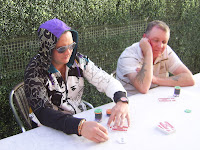 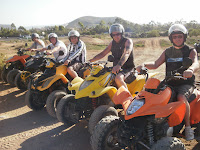 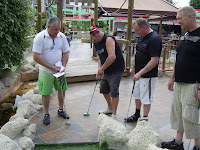 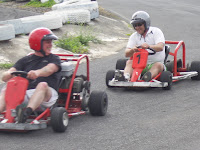 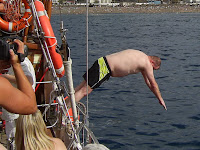 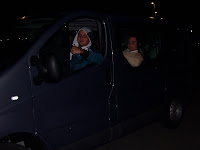 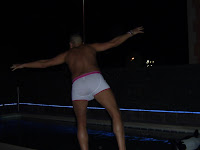 I had a fantastic trip and has wet my appetite for more family holidays, so far with my family (as an adult) I’ve been to Las Vegas, Amsterdam, Majorca, and Tenerife. Next year there is talk of a January visit to Cancun, Mexico (which I think would be ace) but as things stand it’s only talk, if anything gets booked I’ll be sure to let you know. Finally one more thing before closing Tenerife, I spotted a couple of celebrities seeing Ricky Hatton in Dubliner bar and Paddy McGuinness in airport lounge.

Since getting back to the UK I haven’t been spending a great amount of time on the felt, in fact I could almost count on one hand how many tournaments I played throughout January. This is because I’ve been distracted by a young lady, if I can cast you back to my December recap and particularly boxing day where Andy “KQ4EVA” Blair elaborated over the NPF;

Anyway I mentioned I met a girl on the Jet2 desk called Lydia and after giving her my number I lost my mobile the same day, FML. However when I was off to Tenerife I noticed she was again working the desk, so I explained I had lost that mobile and passed on my current mobile number. The upshot of that is since getting back from Tenerife I’ve been out on a few dates (which isn’t really what I’m accustomed to being Dan Trett) but whatever I’m having fun so just going with the flow. I actually have an interesting story which I figure you’ll all find funny;

Lydia is from Devon and only been in Newcastle like 10 months, so her best friend is a work colleague who is gay. On Sunday 6th February I bust out of the Aspers £50 F/O and decided to go for a few drinks with Lydia, I rang her and she was out with Dan (her gay best friend) at Switch down the gay scene of Newcastle. So I head down and when standing outside having a drink with Lydia, Dan, and Ryan (Dan’s boyfriend), Dave “Jimmy Chipmunk” Stephenson pulls up in his taxi and gives me a caught you type glance. I haven’t since cleared things up with Dave, but yeah if your reading mate it was just a misunderstanding, but very funny I do admit. ;-)

Just to put thing’s straight though to all you readers that I’m no loved up pussy, that Sunday evening after Lydia headed home resulted in me hitting up in town with Circus dealers SpoonDAWG, Trottski, and Sean (a school friend of mine and Mark’s girlfriends brother). Cliff notes from meeting the lads onwards;

Leaving the Grosvenor when the game broke at around 08:00, so yeah I’m still Dan “Fucking” Trett (as is my common nickname now over NPF). I’ve just realized I haven’t discussed any poker, guess I’ll quickly recap some of my recent tournaments;

- I open 90% of pots
- I’ve got the check/fold play boxed
- I’m a calling station particularly when dead vs. river value bets
- I love getting my chips in way behind
- My favourite position is OOP
- I berated people because they’re better than me
- I angle shoot everybody
- My friends deal self-dealt cash games to rig the deck in my favour
- I check back ace’s full on the river, villain might be C/R with quads
- I defend my BB and SB with ATC
- I’m the best in Newcastle at being felted first
- I Check AA out the BB vs. 9 limpers to trap
- I'm a master of the PF limp/call but prefer the limp/fold
- I'm a specialist at the Grosvenors new £1 satellites
- I once posted an ante
- I love hearing about everybody’s bad beats
- I heard a rumour about a level five, but yet to experience it

So yeah guess I’m saying I can’t be arsed to discuss poker, but from time to time (not very often mind) I will drop a little bit poker theory and strategy into my posts. Looking forward and as I mentioned at the start of this post there is plenty for people to look forward to in the near future;

I’m actually a captain in both the February event’s, see links to my teams;

So yeah I have two great bunch of lads and I’m excited to do battle both across the felt and on the courts, of course in the usual NPF friendly but competitive style.

Thanks for reading guys, until next time.
Posted by Daniel Trett
Labels: Trett Digest