As I write this entry I’m sitting in Starbucks at the newly opened Linq on Las Vegas Boulevard having just bust the Venetian $400DSE in third for $5,525. So my eighteenth visit to the bright lights started off with a cluster of errors, I was traveling with my boy Stuey Robinson and before we even left Newcastle we had problems. We were both chillin’ in the Servisair Lounge at Newcastle airport and left it a bit late to proceed to our departure gate, we then went to gate 24 when we actually should have flew from gate 3 (24 was my seat number). So after standing in a queue at gate 24 for Alicante for 20 minutes, we were told we were at the wrong gate and proceeded to gate 3. By now though the gate had closed and we had unfortunately missed our flight to Heathrow, which due to time restrictions meant there was no way we could get to Vegas today. So we did the only logical thing at this point and went to Newcastle city to get absolute mortal, this was a great night but admittedly a right mess. One good thing to come from the night was we uploaded an ARKnomination onto Facebook which picked up quite a few likes and kind comments. Check it out here;

The following day (Tuesday 11th) went a little smoother, although hungover we comfortably made our flight to Newcastle and I took the ten hour transatlantic flight relaxin’ in BA club world. I try not to take for granted how lucky I am to fly with my feet up sippin’ on champagne while everyone in economy is no doubt very uncomfortable. #lifeofdantrett

We arrived on schedule around 6:30pm and checked in to Flamingo Hotel & Casino, we were both delighted with the room, location and view for a bargain price of £292 for the room for the week. Our view was Caesars Palace directly in front of us and The Mirage if you looked to the right. Check out a few photos of our room and view;

Then our first night we just walked over the road to Caesars to have dinner at Munchbar and play a little 300nl where I recorded a small $200 winning session over a couple of hours. I was exhausted by this point and we were both conscious we had to be up early so headed back home to our room to bed around midnight. So the following morning we were up at 6:00am for a hot air balloon ride I had booked us on, this was a case of not third but fourth time lucky as I had on three previous occasions tried to do this hot air balloon excursion only for it to be cancelled the evening before due to weather restrictions. Well all I can say is WOW about this experience, it was an absolute pleasure to fly with “Vegas Balloon Rides”. The entire morning was just breathtaking with exceptional tour guides giving us such amazing service, I would for sure recommend this to anybody. 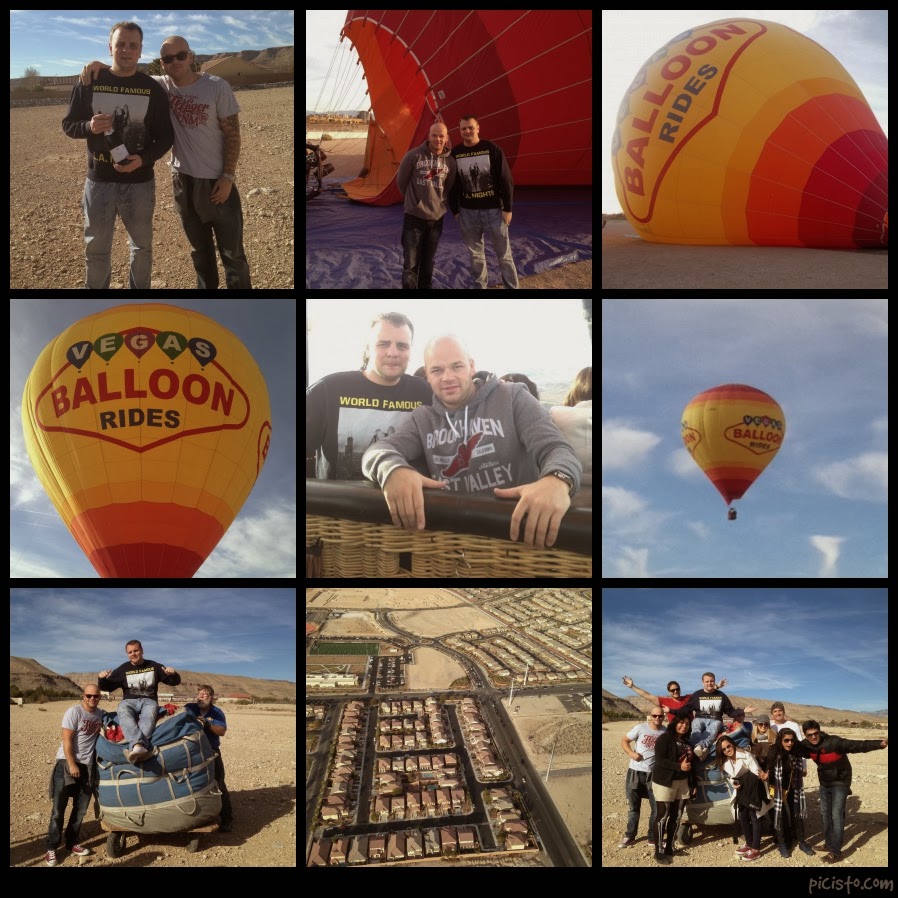 Then the day got a little out of control, we headed to the Wicked Vicky Tavern down at Riviera to watch the Man Utd vs. Arsenal match while having a few beers and finger food. This propelled into an all-day session where we visited Garden Bar in Flamingo, Carnaval Court, Minus5 Ice Bar over at Mandalay Bay and eventually ending up in Bellagio playing on the pit games and enjoying free drinks. Pretty sick night like, check out the snaps; 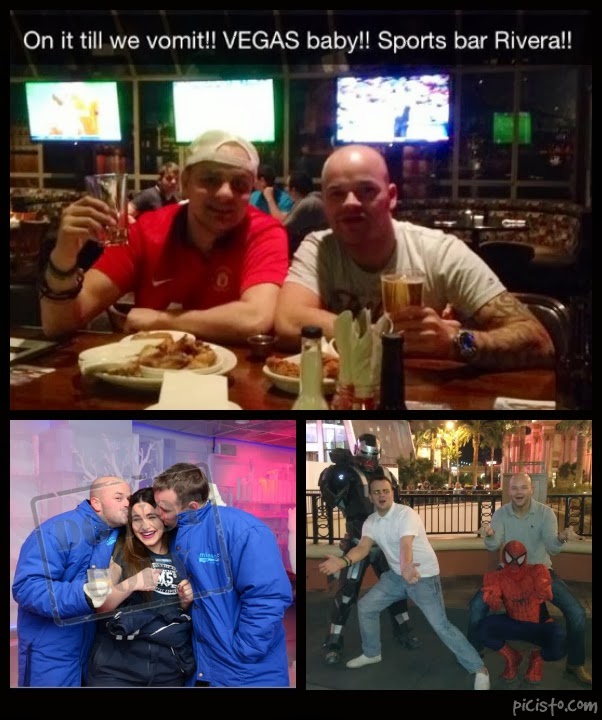 The following day I was suffering so bad, I’m twenty nine now and these hangovers aren’t getting any easier. As a result of this hangover today (Thursday 13th) was pretty much a write off, we were both in bed pretty much all day until eventually getting up late evening for some dinner and heading over Caesars to play a little 300nl. I ran really well and ended up staying until 6:30am when the table broke and recorded a $1,000+ winning session. Then after a couple of hours sleep both Stuey and I decided to head over Venetian for the $300DSE, this was naturally full of males but even more so today because of course it was Valentine’s day. I stacked off relatively early when my AK failed to improve vs. 88, I didn’t bother re-entering instead I dived in a 500nl game. This was to be a brutal session as I lost $500 with QQ vs. KK on a 55QxK board getting it in on the flop and then lost my second $500 bullet with A9s vs. 57s when the river completed my nut flush and gave him straight flush which I couldn’t get away from. So that was enough for me to throw in the towel and head back to the room to relax for the evening. I got a pizza delivered to the room and rented a movie from the entertainment which set me up for the night.

The following day I was back over the Venetian very refreshed after an early night and good rest and ready to play the $400DSE, I both ran and played really well here and held the chip leader from like the second level right up until the final table. We eventually bagged up at 2:00am after fourteen hours of play with four remaining and I was second in chips with 547,000. At this point I had $4,133 locked but was only interested in the top prize of $12,376. I then joined my good friend Matt ‘Denver’ Manes who features in my Las Vegas 2009 Trip Report “January” where my brother Mark and I met him at a 300nl game in the Wynn. This was Mark’s first night in Las Vegas and all of us had such an amazing night drinking vodka red bull all night playing cards, so it was great to finally meet him again five years down the line. The power of social media makes this kind of stuff possible, I sometimes wonder how we all lived without it. So yeah Matt, Stuey and I all took a walk over O’Shea’s to have a beer and catch up on all times. #goodtimes #goodmemories

Then after Matt took a cab back to Tropicana where he was staying I turned in for the evening to make sure I was suitably rested for the second and final day of the $400DSE. I went back the following day feeling extremely positive and optimistic and really felt I had complete control of the final table, unfortunately a bad run of cards and I ended getting stacked in third for $5,525. I was admittedly disappointed but like I’ve said several times its first world problems when you complain about winning five grand. 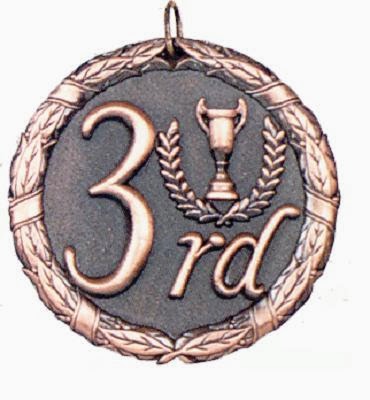 Later this evening we are heading for dinner at Pampas Churrascaria in Planet Hollywood and then over at Aria to watch Zarcana. Then tomorrow morning (Monday 17th) we check out of The Flamingo and move next door to The Quad for our final four nights, we booked The Quad for £12 per night (£6 per person) just so cheap. Especially considering it’s been completely renovated now, I’m guessing once the rooms are all sorted that The Quad will quadruple its prices. I’ll sign off here for now but stay tuned later this week where I’ll report my final few days over at The Quad.