Welcome back to FTP, team. It’s been seven months since my last update and to be honest I had no intention of updating this place anytime soon. But I wanted to write up and summarise my inaugural tournament. I’m very vocal at the tables (and online during the NPF days) about the state of poker locally, especially lately with all three casinos scrapping £100+ buy-in’s and the best monthly game being a £50 self-dealt crap shoot at Genting. I’ve been playing poker since early 2001, so almost 15 years and I can say confidently poker in Newcastle is at an all-time low. I decided to turn my persistent whinging and complaining into something more proactive and attempt to organise a tournament myself.

Fast forward to the beginning of January 2015 and I approached the Genting CRM Craig Cavanagh about running my own tournament in their card room. After consulting with the casino deputy manager Jim Brown, I suggested a £150 (+£15) buy-in on Saturday 31st January. After ironing out the finer details I was given the go ahead. I was determined to make it a success and with no real need to do any market research (I already know the local scene as well as anybody), I began advertising immediately.

Whilst at first I just wanted to spread a decent tournament, play in it myself and prove a point to the three Newcastle based casino’s that with the right advertising and marketing it can be done. It very quickly become more important to me than that, it consumed all my thoughts every day from the moment it got the green light until my champion was crowned and the dust had settled. I decided not to play and just oversee things on the day to ensure the smooth running of the tournament and the day itself.

To head my marketing campaign I first took to Facebook and promoted the game on my status and in the Geordie Poker Forum page. I posted on several UK forums including NEPF, Blonde, AWOP and Blue Blood Facebook page. I printed off some flyers and structure sheets which I displayed around Genting card room and posted online. Then I took to getting in touch with all my poker associates individually including text message, iMessage, WhatsApp, Facebook Messenger, phone calls and speaking to people in person. I created an event’s page where people could select ‘Going, Maybe or Decline’ to help give me an idea on numbers to expect on the day. I encouraged all my friends to share the event and invite there poker friends too. My friend Simon Pham also ran a satellite and several daily super satellites on PokerStars to give the guys with a slightly smaller bankroll the opportunity to get in cheap. I felt I left no stone unturned and in the event it failed, it certainly would not be down to lack of advertising, promoting or marketing.

I billed my tournament as a £150 (+£15) buy-in with a 12,000 starting stack and 30 minute clock. Starting at 2:00pm with late registration until 5:40pm (after the buffet break). A few newer players questioned that 12,000 chips wasn’t enough for such a big buy-in, but I explained it was an exceptional one day structure with all levels including 75/150 and 150/300 which are commonly skipped on one day structures. Thanks to Dave Collins for suggesting the structure, which worked perfectly for the day. I had it fully dealer dealt with a complimentary high standard hot and cold buffet. I was going to run live in-running updates including player photos and interviews on my events page, for people not playing to follow the action. Finally the winner was going to receive a commemorative trophy as well as celebratory champagne and chocolates.

So the day finally arrived and I felt a combination of excitement and nerves, but really pumped full of adrenaline and whatever the turnout I was just going to put on a smile and make the most of what I had worked so hard to put on. I arrived for 1:00pm to get things set up and meet/greet all my players as they filtered through the doors. We started maybe 10/15 minutes late but when the cards we’re finally in the air I had 49 people take their seat and with late registration until after the buffet break it finished with almost double that on 96 to generate a £14,400 prize pool.

The field was packed with talented local players on every table particularly table 1 which by all accounts would have been my feature table if I was to do a live stream it included Jamie Rutherford, both Ellwoods, Ben Dixon and Ben Russell. Featuring on table 2 was Sean McGuigan, John Devlin, Dave Collins and Ben Jenkins. Over table 3 had Robert Richardson, Dan Patterson and Craig Simpson. The 4 table had Darren Knaggs, Jonathan Prested and Dominic Mahoney. Table 5 hosted Abbie Louthan, Alex Jobling and James Howard and finally table 6 had seated Marc Foggin, Neil Pickering and Craig McDowell. 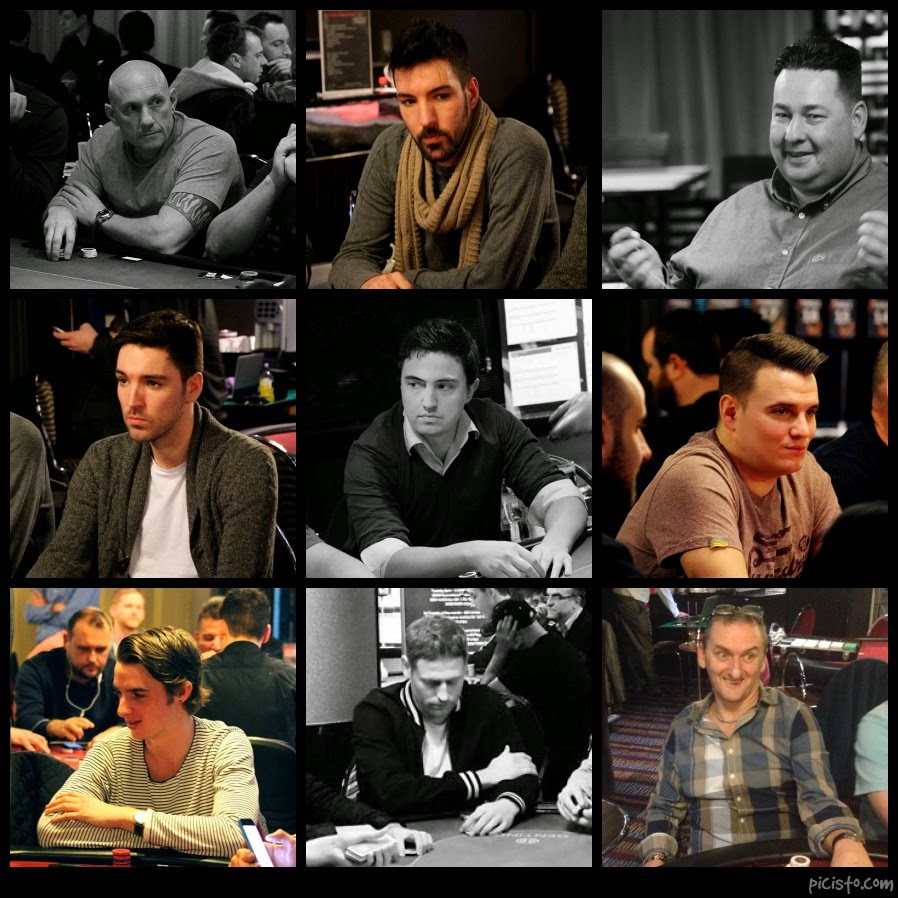 Everything went as smooth as I could have hoped for and I had so many people coming up to me and thanking me for my efforts. As scheduled the dinner buffet break was after the sixth level, this was a delicious spread of hot and cold food followed by strawberries dipped in chocolate for desert. It included delicious margarita pizza, tasty chicken dippers, crispy fried chips and yummy chicken curry with rice on the hot counter. Then a selection of sandwiches, delectable hog roast pate and creamy tuna pasta mayonnaise in the cold banquet. The photos below don’t really do the buffet justice, but I had a lot of good feedback from everybody.

After the buffet break it meant the players were now locked out if they bust with no option to re-enter. The play was fast and extremely skilled across the entire card room for five hours until Full Tilt Poker Tour Ambassador and Red Pro Ben Jenkins bust in 11th to reach our final table around 11:00pm. 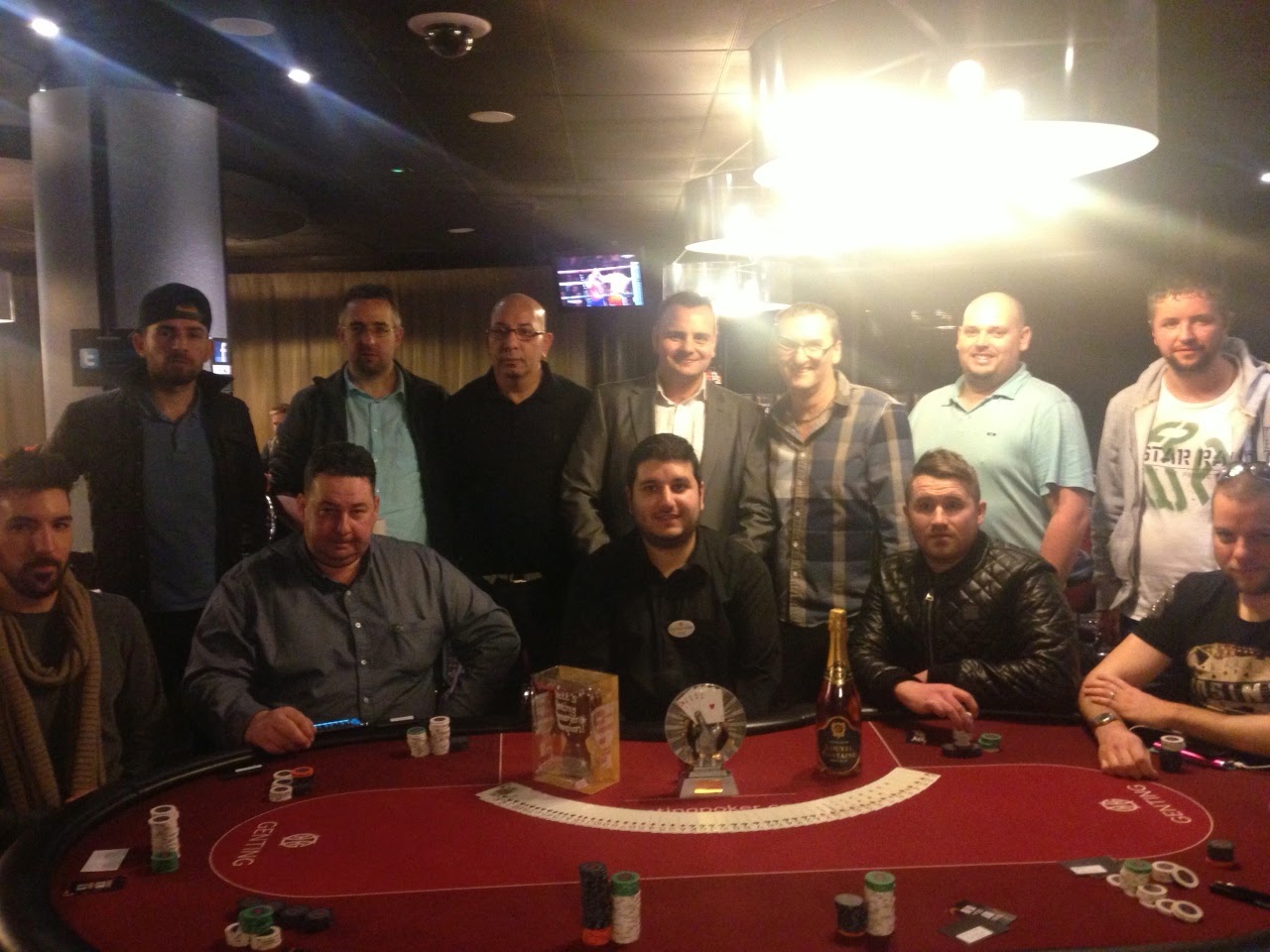 The blinds began at 3,000/6,000/500 so it meant every pot was important and valuable to our players. A bubble prize was briefly discussed but dismissed and the unfortunate bubble boy was Jason Williams when his AT failed to improve vs. Neil Pickering’s KK. I’ll not go into detail of the hands on the final table, these can all be found over my Facebook event’s page where I reported every exit hand as and when they happened. The final table lasted around two and half hours before wrapping up around 1:30am. See the results;

It was quite fitting that Jack Ellwood was crowned champion as along with Brett Angell he was the most decorated and accomplished player in the field. I’ve known Jack for a number of years and he’s always worked hard on his game, discussing strategy with a number of top UK players and despite his success has no grounds for complacency. For those interested I actually had Jack as a guest here on FTP in March 2010 for an interview during my ‘In The Tank With…’ series, check it out linked below;

Looking forward and I’ve had a number of people message me and ask in person when I’ll be doing the next one. I’ve been saying quarterly or seasonally as a standard response but the truth is I’m not interested in being Newcastle’s next poker promoter. I spread the game for the benefit of the North East community, to prove to all three local casinos with the right advertising that there is a market for £100+ buy-in events and to get some self-satisfaction in seeing everybody having a great day. I would like to have been playing and if I was to do a future event I would never play in any of my own tournaments, I would just oversee the smooth running of the event and day. My perfect outcome from this event is it will lay the groundwork for an overhaul of poker in Newcastle and the three CRM’s will all look at spreading some similar games in the future. 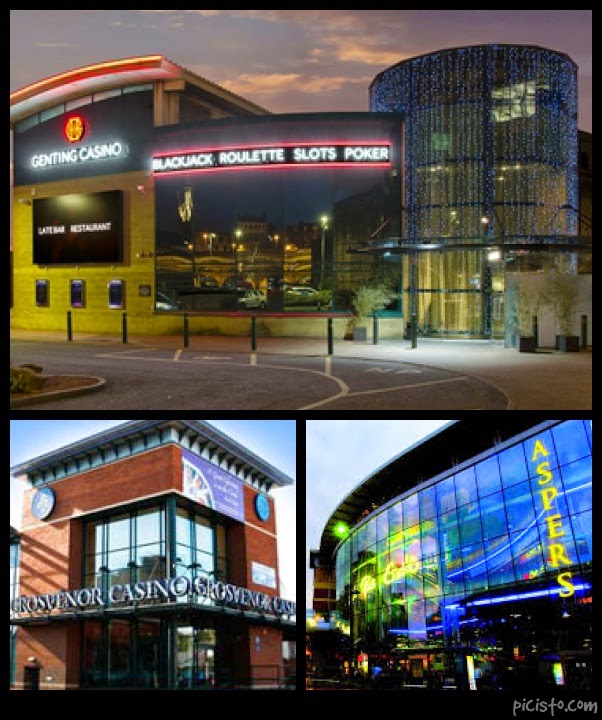 If a few month down the line after the 25/25 Series, GPS Newcastle, WPT Aspers and when everybody is home from the WSOP out in Las Vegas. I’ll reassess and if there is still no sign of an improvement in poker locally to the North East I’ll start preparation for another tournament. I do have idea’s to improve any future tournaments I have by employing a poker commentator/interviewer, setting up a live stream for my feature table and subcontracting a masseuse to work the floor. But there all just thoughts/ideas and as I mentioned earlier in a perfect world the local CRM’s will take the reign now and I can just participate as a player rather than a tournament director.

On that note I guess I just have one final thing to say and that’s a huge thank you to everybody involved. All the staff at Genting we’re amazing including the management, dealers, valets and catering team. My personal team Phil Cannell, Louis Armstrong, Scotty Hocking, Chris Leckie and Janine Hocking were all first class. Thanks to Simon Pham and Dave Collins for their help in designing and helping promote the game. But most of all the guys that made it all happen, thank you to each and every one of my players for their support and making it all happen. Without you guys all my efforts would have been in vain and amounted to nothing. I’ve received so many kind and heart-warming messages congratulating me on a great tournament but everybody should all be proud of themselves.

Thanks all for reading, guys.
Posted by Daniel Trett
Labels: Live Events